No funds, no voice – how litigation finance has provided access to justice


“Lawyers have a licence to practice law, a monopoly on certain services. But for that privilege and status, lawyers have an obligation to provide legal services to those without the wherewithal to pay, to respond to needs outside themselves, to help repair tears in their communities”

Justice Ruth Bader Ginsburg reminds us of the privilege it is to practice law: to be empowered to effect change; to shine a light on questionable behaviour; and ultimately to profoundly change the fate of a client. The rule of law is the bedrock of our society, but does justice have a price tag? What about those who have no voice and are without the financial means of getting themselves heard?

In my 4 years at Augusta, I have been proud to see funding made available to thousands of individuals who have been empowered to seek justice in circumstances, where they simply would not have been able to afford to do so, nor been positioned strongly enough to take on large organisations.

I am proud to support the many thousands of women who work in supermarkets earning considerably less than their male colleagues for no justifiable reason other than their gender. This litigation shines a light on antiquated views on gender roles and will go a considerable way to recognising the importance of the significance of the female workforce.

We are committed to litigation which seeks to address the climate crisis. We support the Dieselgate litigation, which seeks to call the cheating car manufacturers to account. The litigation has enabled hundreds of thousands of consumers to protest against being duped by large organisations, who believe they can sidestep emissions regulations in the pursuit of profit.

Our support of the Kabwe community sends a strong international message about the need for corporate responsibility. Kabwe, a town in Zambia, has been described as the world’s most toxic town as a result of nearly a century of lead mining. Mining activities have caused extreme lead poisoning of the area and its inhabitants. Blood lead levels of the children of Kabwe have been found to be in excess of 10 times what is viewed as safe levels and this can cause brain and liver damage, which can ultimately prove fatal. The problems of Kabwe have been known for decades, during which the defendant UK-based parent company continues to assert its commitment to subsidiaries around the globe and its adherence to corporate responsibility. Without litigation funding and the commitment of hard-working, visionary campaign lawyers, there is no question of access to justice on the part of the inhabitants of Kabwe.

Litigation funding is of course a commercial enterprise, but it is essentially a tool for access to justice. It is an invaluable weapon in the arsenal of claimants fighting to be heard – wishing to shine a light on inequity and unfairness. It can be the difference between being in the fight and being marginalised and unseen.

Read more about the Anglo-American vs the women and children of Kabwe case via our official press release.

For all questions regarding the topics raised in this blog, please contact Jacqueline or a member of our team of litigation funding experts.

Resourcing cross-pro bono sector initiatives is a key priority for the National Pro Bono Centre and this work is supported by Augusta as Event Sponsor of the Commercial Litigators’ Forum Summer Reception 2022. Augusta values the important work being done to coordinate and resource the pro bono efforts of the legal profession and is a long-term partner to the efforts of the whole CLF committee to ensure NPBC funding continues and grows. 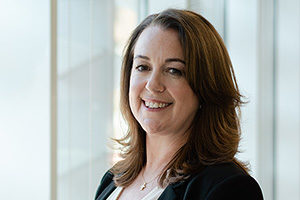