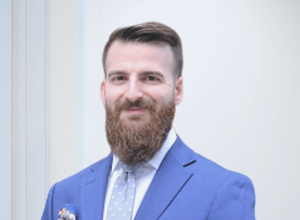 Third-party funding (“TPF”) has gained traction in several Canadian jurisdictions. An increasing number of counsel and parties alike appreciate the value of non-recourse legal financing and its role in alleviating financial burden and mitigating risk. Thanks to these and other advantages of TPF, it is no surprise that parties engaged in (voluntary and mandatory) mediation have been able to leverage their being funded in numerous ways.

Ordinarily, a claimant accepts both the upside and the downside risk that a legal proceeding entails: if the party succeeds, it receives some form of compensation while it may also be entitled to all or part of its legal costs, depending on the applicable cost allocation rules. On the other hand, if it loses, it – typically – must pay.

With TPF, litigation risk shifts fundamentally. In the simplest of examples, assume that a funder has agreed to defray 100% of the legal fees and disbursements as well as pay any adverse cost award and receive a healthy return that translates into a percentage of the proceeds. When the funded party wins, it does have to share in the winnings with the funder, but should it fail, the funded party can rest assured that the funding provider will “foot the bill” without any recourse to the former (maybe save for certain contractual breaches). From the funded party’s perspective, this is a powerful proposition since the claimant does not have to bear any downside risk while it gets to benefit from the upside. Therefore, the size of that upside is likely the only variable that keeps a funded party up at night.

Of course, being sensitive to commercial realities, a professional funder will try to hedge some of its risk by defraying part of incurred legal fees, paying only for disbursements while counsel are on full contingency for their fees, undertaking to cover an adverse cost award up to a certain limit, et cetera. Also, on many occasions corporate entities may have the means to prosecute claims, yet they select to do so off-balance sheet to free up capital for other mandates without foregoing potentially sizeable litigation receivables. That said, irrespective of the negotiated funding arrangement and the precise reason for obtaining TPF, the funded party always stands to benefit from the significant change to its litigation-related risk exposure.

There is no doubt that the above remarks hold true in a mediation setting as well. But TPF is much more than a “financial buffer”. The following points briefly discuss (in no order of importance) the main benefits of TPF to parties involved in mediation:

The above points manifest that TPF is well suited to mediation and financiers themselves rejoice at the prospect of a funded dispute being settled via mediation. Perhaps the convergence of mediation and TPF are not discussed as extensively as, for instance, the co-existence of TPF and litigation or arbitration. This is not because TPF plays a limited role in the mediation process but rather due to that much mediation occurs prior to or alongside those dispute resolution methods. As in other legal processes, third-party funders can bring great value to mediations by assisting funded parties financially as much as legally and psychologically. 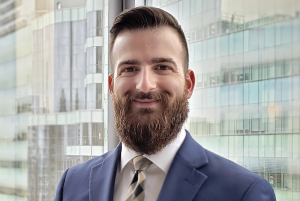